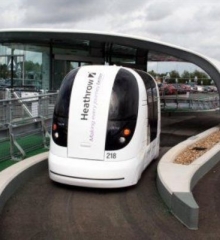 If you don’t like the “public” in public transit, then you should consider moving to Greenville, South Carolina where transit is becoming more personalized. Along with three other companies, 2getthere of the Netherlands, Micro Transit Systems in London, SkyCab International in Sweden and Taxi 2000 in Minnesota, Greenville has announced its intentions to submit a bid for a personal transit system to run above the city streets. Many companies have played with the idea but very few transportation departments actually picked up the bids.

Called “Personal Rapid Transit” instead of the well-known “Bus Rapid Transit”, this system will consist of small pod like cars that will carry only a handful of passengers on elevated lines to their destinations. If built, this would make the second driverless pod like car in US and the only using current technology, with one already up and running in Morgantown, West Virginia since 1975. There could potentially be three if Taxi 2000 gets picked up in Minnesota. 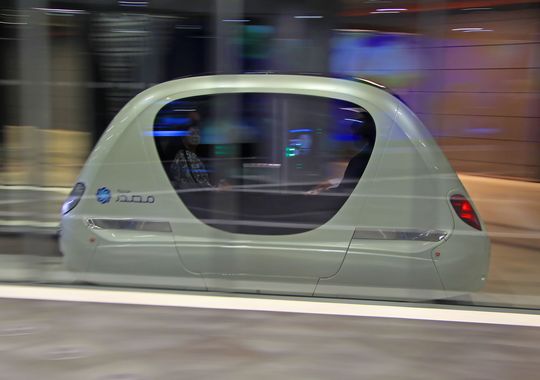 Although Greenville County estimates a total around $50 million to build, about $10-$20 million per mile, there are plans to support the cost by using passenger fares. However, Councilman Fred Payne still feels there is succession in the idea, “This idea can succeed where other public transportation ideas have failed in Greenville, because “it’s more private than public. Payne believes the PRT system can be up and running in the next 2 to 4 years.

Bids are due to the Greenville County Economic Development Corporation by May 1st.

The small driverless electric pod like cars will carry anywhere from 2 to 6(+) passengers along an elevated track or cable. Riders can call for the pods to pick them up at designated high traffic areas. Greenville County averages their wait times to be around 30 seconds instead of the 15 to 30 minute wait times for city buses. Each pod will transport passengers non-stop to their destinations, therefore riders should expect to travel in less than half the usual time.

In 1975, Morgantown, West Virginia built the first Personal Rapid Transit system in their college town. Unlike its cousin, “The People Mover, A PRT specializes in small scale transportation with a capacity for only a handful of passengers and has the ability to skip stops to personally drop off passengers at their selected destinations. Other PRT technologies in the works are SkyTran, Ultra, Skyweb Express, etc.