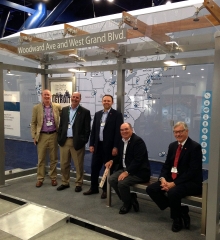 HOUSTON, TX— At this year’s American Public Transportation Association (APTA) EXPO in Houston, TX, Brasco showcased its latest 2015 shelter design, The Trident, which will be donated to the City of Detroit’s Midtown District. The shelter donation will take place in mid-November at the corner of John R. and Mack Ave in front of the Whole Foods Market.  DDOT & SMART bus lines currently use the stop’s route, but no shelter has been onsite for years.

The Trident is made by Brasco in Madison Heights, MI, a suburb just 15 miles north of Detroit.   Brasco is also providing a custom bench for inside the shelter, fittingly named The Midtown in honor of its new home. 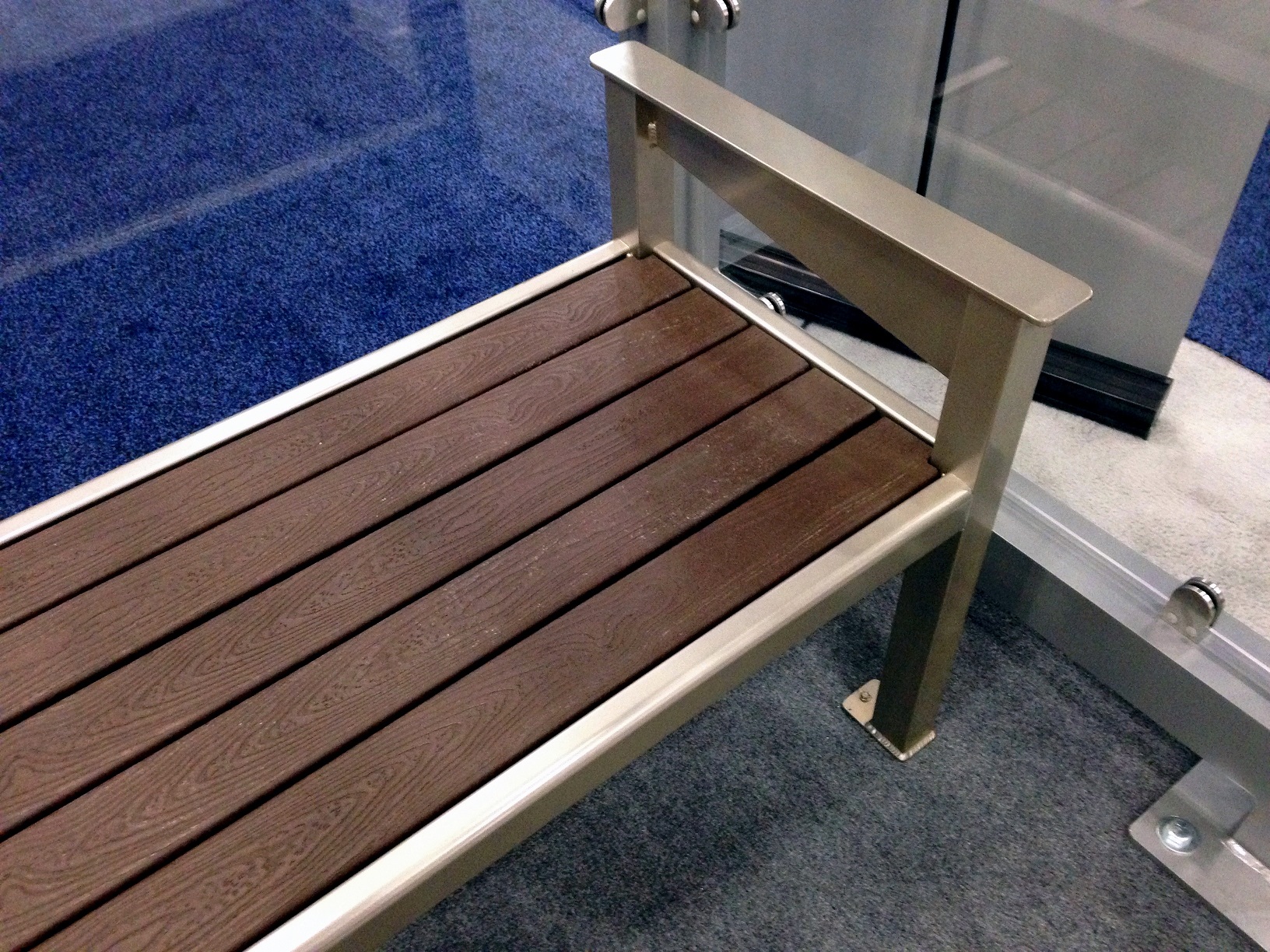 Both the shelter and bench are made from no-rust aluminum and finished in a no VOC (volatile organic compound) powder coat.  The rafters are custom painted in an American Oak wood grain powder coat, displaying the appeal of authentic wood.  The rafters hold a suspended glass roof for an overall crisp and clean asthetic.

“We chose the Trident design because we wanted to offer a refreshing experience for Detroit commuters.  The Trident is architecturally beautiful, but still possesses the proud and bold personality that is Detroit,” said Dan Padilla, President of Brasco.

Executive Vice President, Doug Pew, noted that “Midtown has such an innovative and artistic voice that we wanted our shelter to portray the same.  It’s undoubtedly the center of Detroit’s revitalization movement, so it was very important we contribute to its efforts.”