Bike Racks Soon to be a Thing of the Past?

Home / News / Bike Racks Soon to be a Thing of the Past? 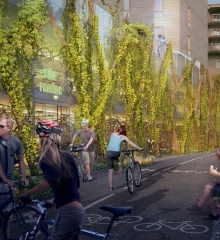 With more and more commuters forsaking their motor vehicles and joining the bicycle club, there seems to be more of a push to create bike shelters opposed to parking garages. In fact, out in Stockholm, there are future plans to build a biking garage instead of a bike shelter.

“The city of the future is not one built around the car as a means of transportation,” says Roger Mogert, city planning commissioner for Stockholm, reported by Co.Exist of Fast Company.

The designers of this 700 bike capacity garage are planning to build from the ground up, including sliding automatic doors that will open up as soon as cyclist approach from the street.  There are also plans for a bike repair shop, shower room where cyclist can get changed for work and lockers for their helmets. These additions are both brilliant and convenient. 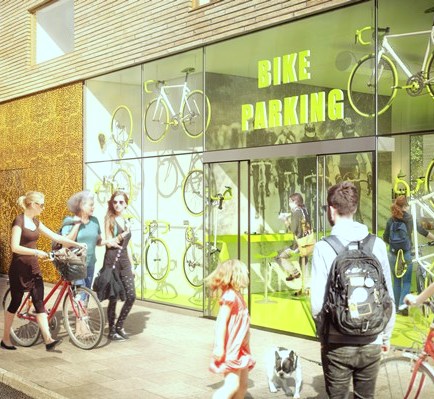 Attached to an apartment building with almost 60 units, this building is mostly comprised of non-motorist residents. Therefore, creating a garage strictly for cyclist is a very positive move for Stockholm. Given the much limited space of the city, especially inner regions, this garage has great potential and could greatly downsize road way traffic.

Although, not yet on Japan’s level of biking garages where there are underground self-parking shelters, this may be able to compete. After all, isn’t more about the bikers comfort level than the bikes? “All around the world, the trend is clear that city planners are looking for alternatives to cars,” said Rahel Belatchew Lerdell, CEO of Belatchew Architects and the firm designing the garage, “since large cities are suffering from congestion and pollution,” Co.Exist reported.

Photo by: Posted by Fast Company, Create by Belatchew Architects